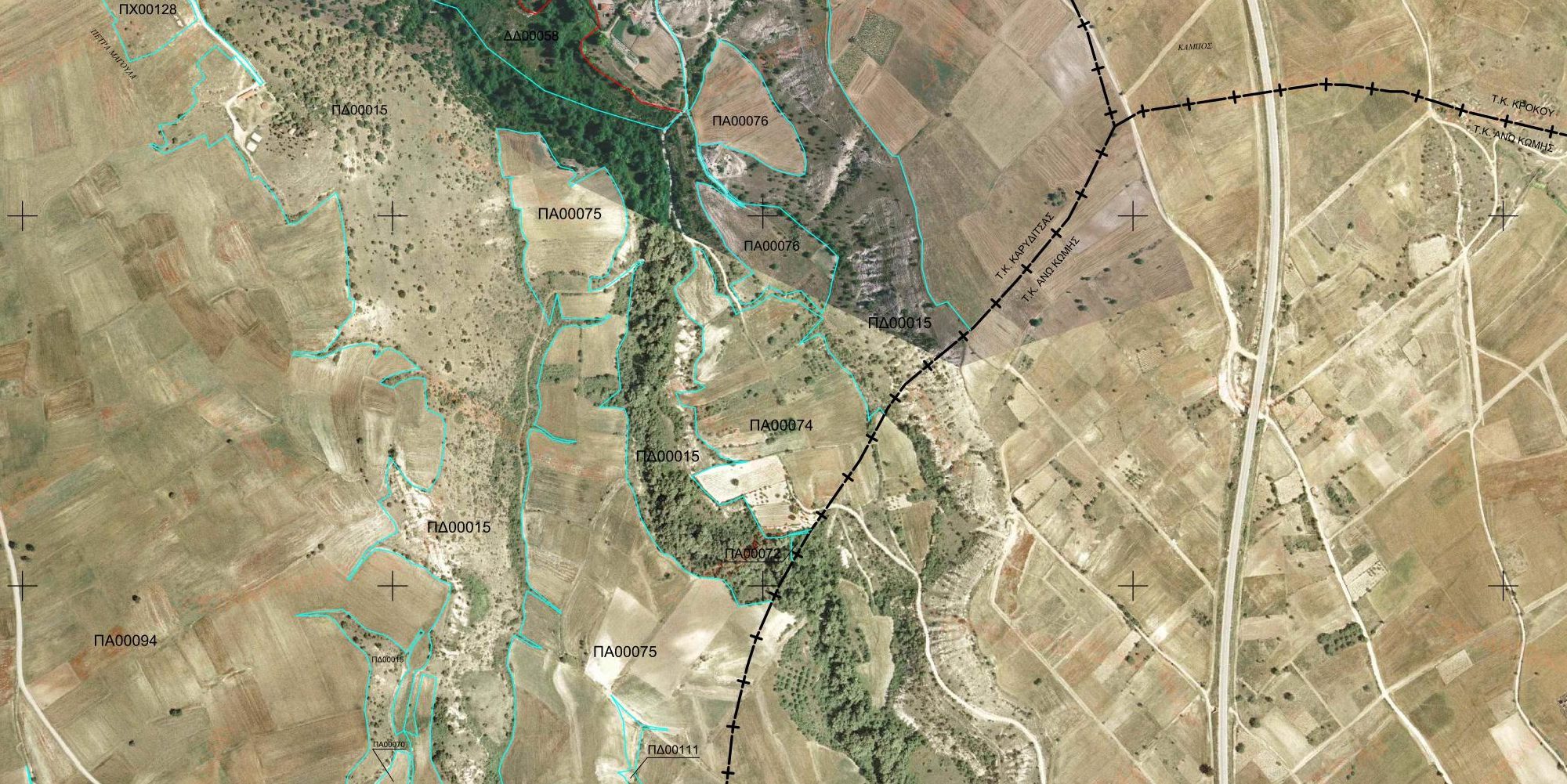 Forest Map is the state, official and legislative record of the boundaries of areas under the protection status of the forest legislation. It can be also be considered as the follow-up of the Forest Cadastre, which was launched after the mid-70’s and was terminated in the year 1998. It fully substitutes, also, the well-known procedure of areas’ characterization by the Forest Service, according to the article 14 of the Law no. 998/79 (Acts of Characterization)

Apart from the boundaries of the forest areas, which are shown as closed polygons, the Forest Map includes for each area/polygon a database, which is a table with some basic information, such as the character of each area. Forest areas have the following characters (codes):

Some serious constrains on these areas are applied, subject to each case, regarding their use and exploitability. Areas characterized as “AA” or “ΠΑ” lie outside the protective framework of the forest legislation. A third intermediate category of areas includes the grasslands (character codes “ΧΧ”, “ΧΑ”, “ΠΧ”).

Although the Forest Map does not interfere with property rights, practically, all private areas shown as of forest character are claimed by the State as public forest area (some exceptions apply, however). Similar claim of property is applied for grasslands. Forest areas and grasslands are claimed by the State by means of its statement within the NationalCadastre. Practically, the Forest Map is the State’s tool to submit its property statement to the National Cadastre, or in other words to secure a major part of the public land.

As was the case with the Forest Cadastre some decades ago, Forest Maps today may include some serious mistakes, injustices and omissions, which can be fixed by the foreseen procedure of submitting objections (a similar procedure is foreseen for the National Cadastre). Forest Maps are the product of the cooperation between private forest-technical offices and the Forest Mapping Departments of the Forest Services’ Delegations.